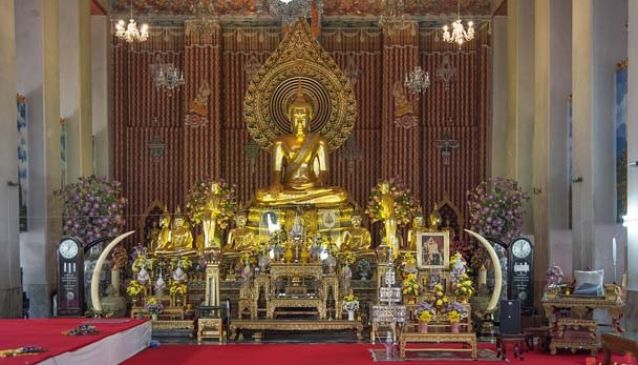 Wat Tong Pu is a fascinating ancient temple, and a past gathering place of the Thai army. With parts of the site built in the 6th century, the Buddhist temple is of important cultural significance, and is still an active monastery today. Wat Tong Pu is located on the canal, off the city island in Ban Ko sub-district. The ancient site has many additions from recent times (the main temple was restored in 1787), with the exception of the Bell Tower, which dates from King Narai's reign.

Wat Tong Pu temple offers great insight into Thai history and Buddhist practice. The Image Hall houses various ancient remains and artefacts, and the Ordination Hall represents the delightful architectural style that was prominent during King Narai's reign in the region. There is also the Scripture Hall and Treasury to visit, chapels and 'Chedhis' containing Buddhist relics, and an ancient exhibit of a traditional monk bathing device - the only surviving example in Thailand. Wat Tong Pu has many fascinating objects and images to discover; the temple and its surroundings are steeped in Thai history - both of its religion and military.