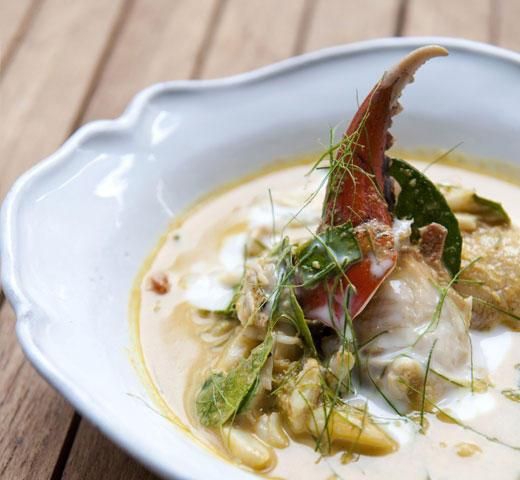 There was no better location than Bangkok when chef David Thompson decided to open a second site of his successful London-based Thai restaurant. He had just collected a Michelin star for what was the first star ever awarded for Thai cuisine.

Building on that success, in just two short years Nahm Bangkok has been named as one of the World's 50 best restaurants, a prestigious award that is judged by the UK's industry publication, Restaurant Magazine.

The restaurant occupies the ground floor of the elaborate Metropolitan Hotel. The upmarket dining room has minimalist decor that is smart and modern. Diners have a choice to look over the beautiful pool outside, or to relax on the terrace.

The menu is based around robust ingredients which are merged together to create a sophisticated elegance. Thompson is also unafraid to reinvent dishes and utilises traditional Thai ingredients that are now less seen in modern Thai cooking.

Set menus give you a good sample of the dishes and the a la carte menu also allows you to pick out exactly what you would like a share amongst your own party. Private dining rooms are also available but you must book early to avoid disappointment.

If you value your Thai cuisine then visit Nahm, as you will struggle to find another chef, or establishment anywhere in the world, let alone Asia that delivers to such a high standard.