Golf by Type Golf by Region

Search for a company in Bangkok
Advertisment 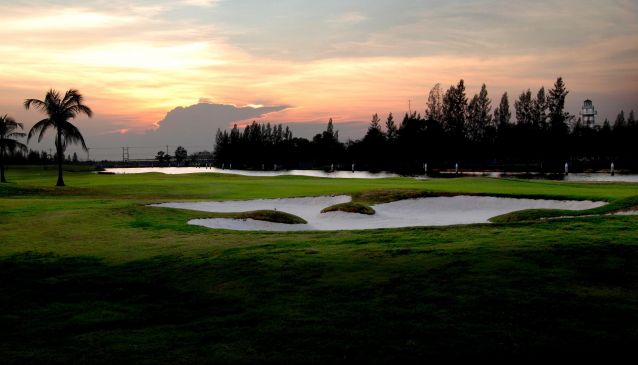 Royal Lakeside Golf Club was originally opened in 1993 but under went a significant re-design in 2011 and as such is now a truly enjoyable golf course playable by all standards of golfers. The course is an 18 hole championship design, with four sets of tees. Black at 7003 yards, Blue at 6653 yards, White at 6238 yards and Red tees at 5569 yards.

Electric golf carts are available as an optional extra should you decide want to walk, though the layout is flat due to the proximity of the nearby Bangpakong River.

The use of course caddies per player is a compulsory requirement though this only adds to the enjoyment of playing golf in Thailand, especially when they have the experience to read the tricky greens.