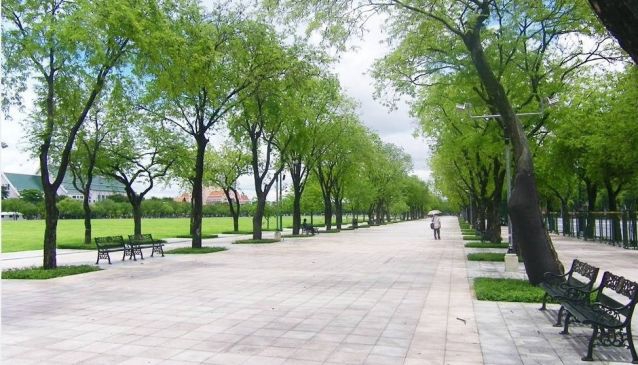 Sanam Luang is a 30 acre leisure park located close to Bangkok's other popular attractions, including the Grand Palace and Wat Phra Kaeo.Since Bangkok was founded, Sanam Luang has been a site for many of this city's cultural and political activities.

Sanam Luang, which means 'royal ground' in Thai, has been used as a site to erect funeral pyres for royal cremations for 100s of years. It is also used in May for the Royal Ploughing Ceremony, which marks the beginning of the rice-growing season.

Most of the time, however, Sanam Luang is a place for locals and tourists alike to stroll, jog, or have picnics. The park is a popular location for traditional Thai kite flying from late February to early May each year.