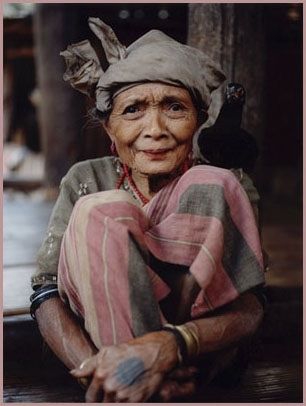 The Sop Moei region, 280 km South-West of Chiang Mai is the home of one of Thailand's smallest and most isolated minority groups, the Pwo Karen.

Prior to this project, the Pwo Karen people were still living and caring for the sick with the same rudimentary methods used for centuries before. Maternal death rates were high, as were premature deaths among children due to malnutrition. In 1988 attention turned to generating income for these people to improve their lifestyles.

The Sop Moei shop, which specialises in selling textiles, bags and woven baskets sells these items to raise awareness and cash for the continuation of these efforts. These are mainly created for interior furnishings and table settings as well as female accessories such as silk scarves and handbags.

Malnutrition had previously been impossible to tackle unless the families were given the method of producing cash rather than receiving hand-outs. They are now provided with jobs as suppliers to the shop in Bangkok and Chiang Mai and are able to earn a wage to support themselves and avoid malnutrition. Sop Moei employ a Karen health worker who is a trained nurse and midwife as well.