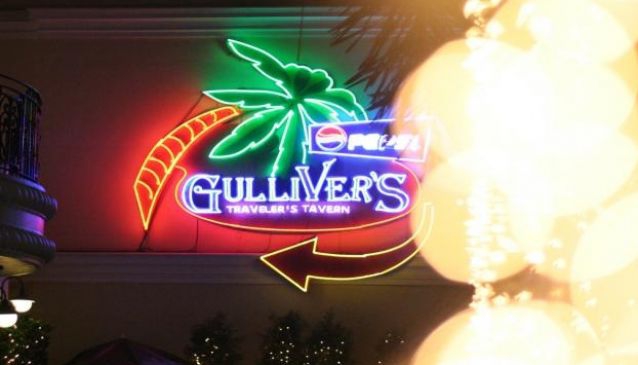 There are numerous branches of Gulliver’s in Bangkok and beyond, but the Soi 5 branch is particularly special, due to the fact that recently opened next door is the Gulliver’s Tavern hotel. This means you can enjoy the hospitality of Gulliver’s on a night out, as well as at your accommodation. Gulliver’s Traveler’s Tavern is a great place to kick off a night out in Bangkok, especially due to the well-priced and extensive drinks list!

Sports play a big role in the day to day life at Gulliver’s, and if there’s a big match coming up you can expect to catch it on the massive wide screen television in the bar. Keep an eye on the website for the schedule.

As well as a lively atmosphere and great drinks, there’s also plenty else to entertain you at Gulliver’s. Challenge new friends to a game or two of pool, start a table football tournament, get your thumbs working at the game station, or catch up with friends at home on the in house computers.