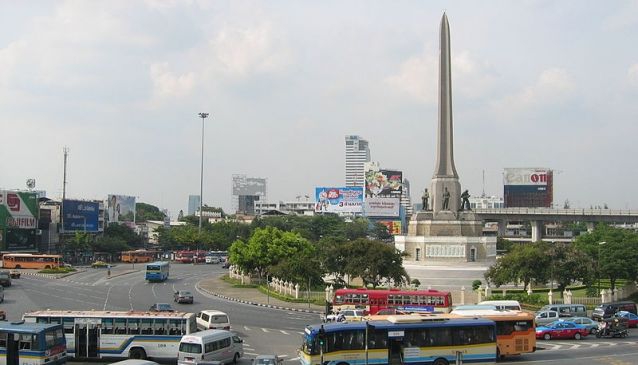 The Victory Monument is among the major traffic intersections in the busy city of Bangkok, so you most probably have gone near it if you stay in the northeastern part of the center. The military monument is placed in the traffic center circle and commemorates the Thai victory in the war against the French colonial authorities. Some Thais think that the monument is a symbol of militarism and a regime that discredited itself.

Even so, the Victory Monument remains one of the landmarks of Bangkok and you should see it. Its design is western, with a central obelisk and sculpture of five bayonets set together. The monument is easy to reach as many buses stop around its location.