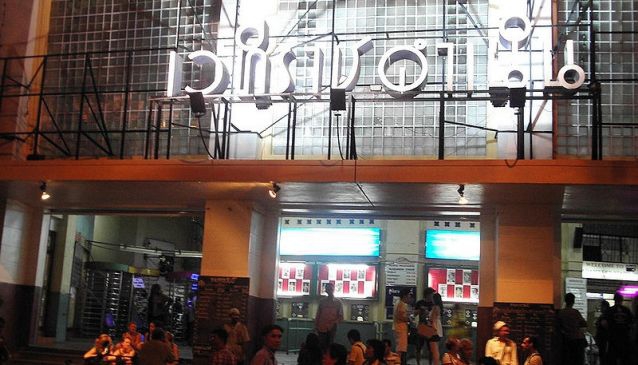 Rajadamnern Boxing Stadium is one of the most popular places to see Muay Thai in Bangkok, with matches held every Monday, Wednesday, Thursday and Saturday. This indoor sporting arena has been a venue for Muay Thai fights since 1945, and has its own ranking system and championship titles. Like sumo wrestling in Japan or bull-fighting in Spain, Muay Thai is an essential part of Thai culture. This sometimes brutal kickboxing sport also has spiritual aspects, with boxers typically performing a Buddhist ritual before beginning a match.

Located near King Rama 5 Monument, there are typically 9 fights per evening, all accompanied by rhythmic Thai music, which increases in tempo to encourage fighters during particularly exciting parts of a match. Gambling on the matches is legal, and takes place on the second level of the stadium, with betters using hand-signals to indicate their wagers.