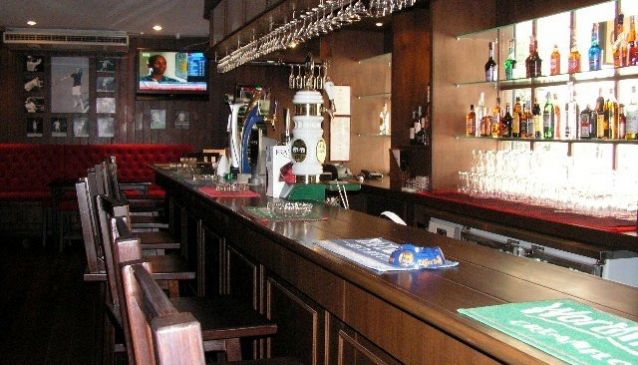 Directions to The Crossbar Sports Bar

The owner of the Crossbar, Brian Wilson, had a dream to create a place where Thai and international cuisine could coexist on a single menu, served alongside good drinks and full international sports coverage. This is a bar for those expats or tourists who are missing a little bit of familiarity and want good food in a comforting atmosphere. The lively bar opened in 2007 after Wilson decided on that perfect combination of food, friends and alcohol.

The bar serves a range of starters and snacks, as well as bigger portions cooked by world class Thai chefs to a surprisingly high standard. Pies, gravy and the quintessentially British gammon, egg and chips sit alongside rice-based dishes. This creates a menu that has something for everyone.

All the staff are friendly locals, who between them have an outstanding knowledge of American films and English Premier League teams, guaranteed to make even the most discerning traveller feel right at home.